The Richards Group Will Pay You to Sleep on the Job

A little extra space in your agency? Perhaps you should follow Stan Richards’ lead and convert it into sleep zones. According to a story at TH Online, the founder of the Richards Group has transformed four walk-in-closet-size spaces into nap rooms for employees.

The inspiration struck after one of his own naps left him feeling so refreshed he did research into the subject and found plenty of evidence that a siesta can be rejuvenating during the middle of a long day.

But won’t clients worry? Won’t employees spend entire afternoons there? According to Richards, the idea hasn’t taken off as he’d expected. Further, “I never worry about whether I’m going to get a fair shake from the people who work here. We get great performance out of people,” he told the paper. Naps, he added, “should enhance that.”

I don’t know what’s going on with the employees at the Richards Group, but if I were there at this very moment, I’d be down for the count. Combine this with the old three-martini lunch and you just might have the happiest employees on the planet.

Gigwalk is a new app that ask users to perform small tasks at retail and service locations to document the quality of service or of presentation. On a recent poke around San Francisco I could do a variety of tasks at small restaurants and retailers for around $5 each. Some more complex ones (and locked until you do enough tasks to become what I would call “Luke Gigwalker”) pay more.  Check it out at gigwalk.com.

Mashable: Is Working From Home Becoming the Norm?

New stats on Work From Home. The trend continues to rise…

Posted in Uncategorized | Comments Off on Mashable: Is Working From Home Becoming the Norm?

Posted on February 15, 2011 by fed
Posted in Uncategorized | Comments Off on Joe Fedcamp Interview on CBS!

Virtual Contractors for the Future!

Many sites are popping up offering virtual assistants in India, the Phillipines, etc.  I’ve been using oDesk for some of my admin work.  It’s great.  It took a little work to find the right person but it’s now working fine and keeping me very productive.

I’ve mentioned this to friends and a few said, “Yes, I’ve posted there to try to get freelance work”.   10 years ago I would have been doing the same.  Now, I’m more thinking of ways to utilize the skills of the contractors to create value that I can use or sell to others.  Having been a long term temp helps me to understand how a specific temp might help to add value to specific situations.   Stay tuned.

Others in the category…

Anther site, Fiverr, is more Americans that outsourced workers.   All of the contractors are offering a specific task for $5.  Pretty simple, but that’s the point.  It’s still in beta so we’ll keep a close eye on them.  Maybe I’ll see you there!!

Posted in Uncategorized | Comments Off on Virtual Contractors for the Future!

NYTimes: No Jobs? Young Graduates Make Their Own

Scott Gerber, one of the people featured in the article wrote a book called  Never Get a “Real” Job

Check it out here… http://www.nevergetarealjob.com/

Posted in Uncategorized | Comments Off on NYTimes: No Jobs? Young Graduates Make Their Own 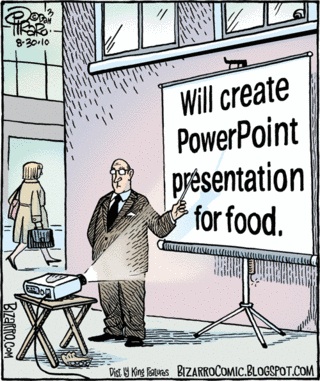 Remember all the less fortunate today.  They come in all shapes and sizes…  Happy Thanksgiving!

Posted in Uncategorized | Comments Off on Happy Thanksgiving!!

From the EvilHR Lady: Is There Hope for a Job-Hopper?

I am 48 years old with an MBA in business management from a non-traditional university. In my younger years, I would skip around from job to job as boredom would quickly overtake the excitement of a new career path. Today, I find myself unemployed after being part of a department-wide downsizing a year and a half ago.

For the past year and a half, I have been self-employed and have worked to build name recognition, but now I want to go back to being an employee.  My broad and diverse background is a gentle way to express the many things I’ve done in life. I have been that front desk person, the admin person, the HR recruiter, the holistic wellness expert, the emergency room clerk, the DJ, the newspaper reporter, the entrepreneur, the tradeshow consultant, the non-profit employee, the sales rep, the disaster response worker, the staffing specialist … I even spent some time attempting to build the next QVC (obviously, that was a dismal failure!).

I have been released from, or asked to leave, five different positions. Why? Because each time I was told that since I could do the job of the CEO, the HR Director, the Business Manager, and/or the Regional Manager … there simply “wasn’t room for the two of us”. From my perspective, all I did with each position was the job I was hired to do (I hope this statement doesn’t make me a jerk).

Today I am gun-shy, so to speak.  Have you come across others with this same dilemma? It is my experience that companies want their prospective employees to be an expert at one thing only; they do not want a “jack of all trades” such as I on their payroll. Am I a hopeless case, or is there light at the end of the tunnel?

There’s always light at the end of the tunnel.  The problem is that it is sometimes a train.

As you’ve surmised, your “broad” background looks an awful lot like job-hopping to those of us who figured out what we wanted to be when we were 7 and stuck with it for the rest of our lives.  (Okay, when I was 7 I wanted to be a nurse, but then I found out that you had to deal with bodily fluids, and well, ick.)  It’s true that people are far more likely to move from company to company and from career to career now than they were years ago, but it’s also true that we like to hire people who know what they are doing in the particular job we are hiring for.

Being told, “There isn’t room for the two of us” isn’t a compliment on your abilities, but a “nice” way of saying, “you are doing things way outside your job description, making decisions you shouldn’t be making, and attempting to manage people and processes that you should not be managing. Meanwhile, you’re neglecting the tasks you should be managing.”  They don’t need two people in the lead job because what they do need is one person doing the job you were hired to do.

Of course, as you know, getting the job in the first place is going to be hard. Here are some tips:

You also should do some introspection and decide if you really want to be an employee again.  I suppose you aren’t doing fabulously well at your current venture or you wouldn’t be looking for a job, but perhaps you should try a different line of business.  If you have issues with overstepping your manager’s boundaries, it might be best for you to be the boss.  (But of course, you’ll have to learn how to delegate and trust that the work will get done once you have people working for you.)

And keep in mind, even if that light is coming from a train, just move to the side a little bit, and hop on it as it passes.

Posted in Uncategorized | Comments Off on From the EvilHR Lady: Is There Hope for a Job-Hopper?

Go Big or Go AROUND!!

“Go Big or Go Around”

Posted in Uncategorized | Comments Off on Go Big or Go AROUND!!